More than words for me ! 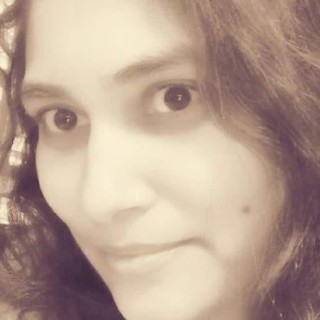 A Writer, Poet, and an experienced Business Management Professional. Masters in Economics and Business Administration.

Thank you for your visit!

Being a stranger in a non fimilier land, we try to learn to survive. Like a kid we start learning culture, behaviours, trades and trends from A to Z.We learn, observe and explore from new angles in life while living in stranger city.

Migration is key to expand your experience with the creator and its magnificent creation.

We have in hand just two digit numbers of years to live and most of us spent whole life in furnishing and facilitating easy living in an inherited house and earning 9 to 5 to pay the bills.

Come out of comfort living and see how much life and nature have to show us.

Be a stranger to touch the horizons

After years I am back to blog, there were good and bad times in life, busy professional life and family responsibilities keeps you entrap and it was hard to escape.

Don’t ask about my independent weblog. It was going well, but I terribly forget about my blog and after years when I try to relive it, I came to know that as I forget to renew its hosting and domain so its data is no more available. It was sad but luckily I found my this very first blog still active. So, I am back to blog again!

When I was trying to connect this blog after long time. I badly missed blogging 101 class of poetry on WordPress. It was great time, we found there many valuable friends and learned about English poetry a lot. It would be more appropriate to say that mentors in blogging 101 tought us how we can translate our thoughts and feelings into appealing poetic expressions. Our fellows in the course encouraged to write more to improve. Indeed those amazing memories forced me to return back to blog

I am not sure what would be my focus on blog writing now. Though in the most busy time of my life I safely managed some time for writing poetry as it was less time consuming. I never stopped sharing my poetry on facebook, twitter and G+ , So, thinking to keep this blog posts limited to narrative write. Some articles, facts, stories etc.

If you are reading this do share your opinion what should be my choice to write in comment box below?

I was checking my email inbox today I found a mail from Witribe,  my Internet  service provider. There was an app developed by the company and they shared it to its customers. I thought to check this app and found it very useful so, sharing this with all of you as a gesture of my concern.

The app name is ResQme, as its name shows its for emergency, through this app you can send an SMS to your family or friends along with your current location when you feel you are in danger you can send alert SMS to a maximum three individuals with a single touch.

The app is available free of cost on google play for android and iOS.

Let see how it works:
Download this app from the link
After download, when you click on an app icon you will find this homepage of the app

An Emergency Contact  Button  on the left hand side, allows you to add your content person to whom you want to send messages in an emergency.
You can add three numbers maximum,
The emergency SMS will be sent to all numbers you have added in the list.

Emergency Message Button, on the right hand side, allows you to add or edit an emergency message.
This message will contain your GPS location at the time of sending SMS, so you need to enable GPS.
Alert Button in centre will send your Emergency Message to your Emergency Contact Immediately using your mobile SIM connection.

Setting Button on the top right corners provides you three options, Enable Shortcut is most important as its allow you to send messages in danger situation just by pressing power button 4 times
*Do check this button

To check this app I use my own number as an emergency contact and then press the Alert  button. In no time I receive this message.

When I  open the message and click on the link, the option window popup  then I select Map (can be open in browser)

Then a map with my current location opened.

I will recommend  this app to all of you, so, you can inform your dear ones, with any danger you are confronting, and most importantly with a clue of your location.

HAVE A SAFE DAY AHEAD!

Fragrance of silence spreading aside

Poor blood stains, in the game of powers

The return of wicked regime

Moving and crawling to survive

Repentance of evil in absence of devil

Ramadan Mubarak! To every Muslim around  the world.

Rules to rule over the heart

Way to evil is a mirage

The end, supposed to accomplish

It will suddenly leave you alone

When you will wish for an end

To an unidentified way off

In a destroyed land of

John Cunningham is from London, UK. He is a writer and Film director. He has written and directed two movies so far, first one is Asylum, a horror film and second is BLT, a short film. His film BLT got three awards, first for, Best Screenplay by 15 Minutes of fame, Film Festival, Cocoa Beach Florida, second for, Outstanding Performances awarded by ZED FEST North Hollywood USA, third for, Best Surprise Ending by  ZED FEST North Hollywood USA, in 2013. After watching his amazing work I was eager to know about his experience and for further plans. I hope all my readers and fellows will also love to know about him as well, so, here is a short interview with John Cunningham:

John, I have seen BLT  many times and it inspire me a lot. It’s beautifully written. Its story and massage are very strong, every element of the movie is  correlated for a reason and then how amazingly it ends. Please tell us how you step into screenplay writing and film direction?

I’ve always wanted to make a film and to write an original piece, so, I had to just go and do it. When I made Asylum I wanted to make a horror film which seemed to be the easiest  film genre to do. I didn’t really care if it was going to be good or not I just wanted to make a film. When I finished, I went back to real life and didn’t return to filmmaking because I had a lot to do with my life. Then I saw that a lot of people were now making their own films so I came back and made BLT. I wanted to comment on homelessness, trust, alcoholism  and materialism, but make an entertaining movie.

BLT bagged three awards, your feelings and motivations, related to the proud moment?

It was amazing. I still have the ringing in my ears of teachers telling me I wouldn’t do anything in my life. Also when you are making your own films or doing any creative endeavour there’s the sense that what you’re doing is wrong or slightly crazy and maybe you shouldn’t  be mucking about and get a real job, so it was great confirmation that I was actually doing something that many other people enjoyed.

Now, after how much wait, we will able to watch an another amazing movie penned  and directed by you?

I’m writing right now a few projects. My next film, I’m very excited, but I don’t know when I’ll make it. I like to take my time. I hope to start next year.

So, what would be the theme of your next movie?

Death seems to be a major part of my work so It’s going to be about how we face death, It’s going to be a drama. It’s something we all face, but we don’t talk about. My new film will address getting old and how death is there in the background of our lives.

Any other interest you have other than filmmaking?

I love science and and reading about  science. I hope to do something in relation to science which I’m also working on at the moment. I’ve been told that people like the way I talk about it. I think it’s the most important thing in the world and I believe people don’t understand some basic things about it.

Back to your upcoming movie how you’re going to release?

I will make it then place it into festivals to see what they think of it. Finally, it will be released online.

Thank you John for your time, patience and for sharing your information with us!

Wishing good luck for your next film!

Worry less days
Depression less nights
Restless, even joyfully plays
Conquest of the world, was on height
Passed no day without a fight
Enjoyed health without a diet
Fly over sky without winged
Thirst and hunger led to cry
Weep to pour bigger pie
Then left with half finished
Smell of books with new cover
How badly we were cartoons lover?
Behind locked doors
Binding head to head
Planning of a charity planet
Having no plan of profit
Life was singing with mother’s tales
Used to hear in summer days
Tales of ghost to ethical one
Religious to a human flight
Rhymes of culture, to an Arabian night
A generous pocket
Keeps you rich, till
Someone pronounces you
‘An orphan’
The day would be the last day
Of ‘childhood’
No matter how old you are
No matter how strong you are